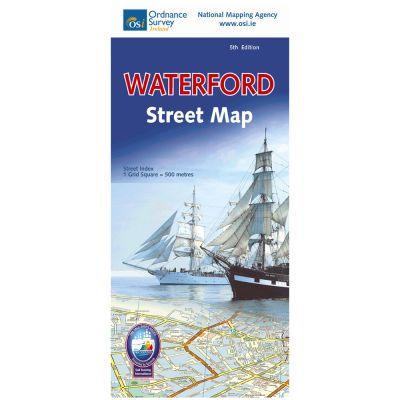 There is an detailed enlarged section of the city centre, 1:7,000,  including a list of Places of Interest in the area.

There is an alphabetical street index on the map.

This map extends from Ballyrobin in the north down to Kilcohan in the south and Gorteens in the east to Skibbereen and Ballybeg  in the west of the city.

The River Suir flows through the city along with John’s River and including the King’s Channel.

The map details numerous attractions which can be visited in the city.

Among places of interest to see on the map is Reginald’s Tower which is of 13th century and 15th century origin. The ever popular attractions are marked on the detailed insert.